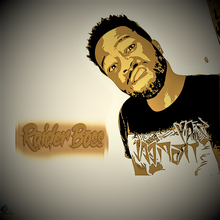 Justice Mukede , stage name Raider Boss is a Zimbabwean Reggae, Dancehall and Afro Pop artiste born on 03 July 1995 in Harare, the capital City of Zimbabwe. Justice Mukede moved to Harare at an early age after finishing his school back in his village in Manicaland, southern part of Zimbabwe , as a ... 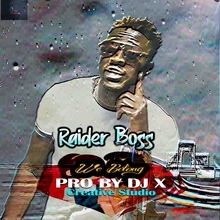 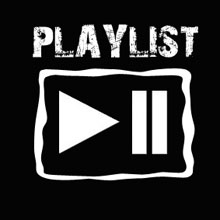 Send a message to Raiderboss

Justice Mukede , stage name Raider Boss is a Zimbabwean Reggae, Dancehall and Afro Pop artiste born on 03 July 1995 in Harare, the capital City of Zimbabwe. Justice Mukede moved to Harare at an early age after finishing his school back in his village in Manicaland, southern part of Zimbabwe , as a teenager without knowing much of the music industry, he thought he would be a religious musician but later as he got older, he started to listen to genres that really suited him and he became interested and that helped him get a start. Harare is a large city with great musicians living in it, latest music comes from Harare so that helped him to listen to other musicians and see how they work. One thing he stood out from other Harare musicians was that he wanted to be an international artist. He cites the music of Romain Virgo , Demarco and Chris Martin as an early break through. Prior to his solo career he was a member of AFM Sunday school and youth choir with his family. It was in 2015 that he started recording his first tracks where he proved that he was really talented and had a bright future. It is said that before Justice started singing, there was a famous prophet who predicted that this child ‘Justice’ would make a good name and good things in his family. He made some hits include, Key to my heart, Give me a sign, Hakata Pasi , It’s not over yet, Girl I love you , Can I be and many more. His 2019 hits singles Key to my heart, it’s not over yet, Give me a sign and others were major hits that made waves in Eastern Part of South Africa where he resides, the song helped him to get airplay on some local radios like Ingwane FM and UCR FM. His large fanbase is in South Africa, Eastern Cape where his major hits made some waves. Though he is from Zimbabwe, but because of what he’s bringing to the community or we can say in Rastafarian Community in the Eastern Cape, Umtata, he is considered a local artist. He featured other upcoming artists from Zimbabwe and South Africans. His first feature was on his two single tracks ‘Forever be strong and want to kiss you’ in 2015 featuring Nolwethu (a South African ,gospel and house music female artist) , ‘Hatisarende’ featuring Stereo Balafon (a Zimbabwean Dancehall upcoming artiste) ‘Hatimboregedza featuring Shepherd Mahapa (a Zimbabwean gospel upcoming artiste) , he went on to feature G Flames and Killer Ninja (South Africans hip hop and trap artists ) on a trap song titled ‘ Expression and Bend’cimba uyandthanda’ , Mukana featuring his friend Clintsman (a Zimbabwean Dancehall upcoming artiste) and his 2019 hit Girl I love you more where he featured his producer DJ X. In this year's 2020 Raider Boss has revealed that in reggae music, he will be one of the top performers in the years to come, as evidenced by his breakthrough song We Belong this year which is very exciting. Not only does this guy show that he can sing and record, we have some of his hits 'Key to my heart', 'Girl i love you more', and some of the most interesting singles songs he released years ago. There have been rumors that a new song has been prepared that awaits the release. This song is about the situation we are in, and is titled 'Light UP'. The boy tells us that we should not give up in any event, when he says, 'You are the champion and true lion you got to roar', then he goes on to ask Almight Jah as a Rastafarian to enlighten him and give him the strength that once he gets into the hardships he can win, and he also shows that he is not losing out because he is ready to fight when he says, 'I am gonna scatter them enemies every day'. This song has taken a deep dive into his deep lyricism which shows that Raider Boss's music needs people who take the time to listen to it along with the meditation.