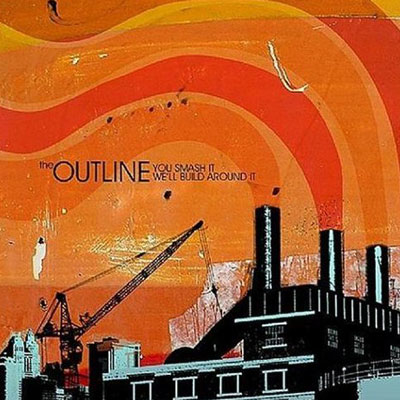 You Smash It We Will Build Around It

You Smash It We Will Build Around It

Track of the Day

Track of the Week

Album of the Week

The Outline finally see a UK release with debut album â€˜You Smash It, Weâ€™ll Build Around Itâ€™, Los Angelesâ€™ experimental rockers originally had this album released in the US in July 2006. As they currently write their second album, 30:30 Recordings have given UK audiences to get their first real taste. To say itâ€™s worth the wait would be an understatement, never once falling into a specific genre, they embrace all styles and with a host of instrumentation build a huge, and often anthemic album. The energy and passion exerted throughout is hardly comparable; albumâ€™s like this stand out on their own and for their own reasons, itâ€™s always a risk when writing experimental music but when itâ€™s done right, as shown by The Outline, it can be amazing, awe-inspiring and immediately familiar all at the same time. Itâ€™s hard to find words to describe some of the emotions that these songs provoke. As the first real standout track, â€˜Why Weâ€™re Better Nowâ€™ is an instant hit, the sort of rock balladry which has the hair on your neck standing on end within seconds of hearing the first soaring chorus note, itâ€™s huge all the way through. Itâ€™s one of those songs which just grabs you straight away and you find yourself listening over and over for weeks to come. Before you think The Outline have gone soft they unleash â€˜Shotgunâ€™ and the inevitable pigeonholing and mentions of genres gets pushed further aside. For itâ€™s heavy and energetic side, â€˜Shotgunâ€™ has a break and before you know it, dreamy guitar lines are leading you into the last 30 seconds of the song, it completely evolves and then just stops. â€˜My Masked Lustâ€™ then gives a healthy injection of energy and angst, with a quite impressive drum intro on the way. In a complete contrast again, â€˜In Light of Recent Newsâ€™ is the sort of epic that really does draw you in, the diversity on this album just blows you away, it gets heavier and bigger as it goes through, just as any epic song should. As if that wasnâ€™t enough, single â€˜Sloppy Drunkâ€™ comes roaring in with anger and aggression by the bucket load again, parts of the song make you think of the aggression which would be associated with The Used in some of their earlier recordings, though The Outline are on a different planet. In fairness to The Outline they play their cards close to their chest until the very end, just as you thought you had them figured out the interlude gives way to â€˜Broadway and Hurstâ€™ which begins with an theatrical piano piece, almost akin to the sort of piano that youâ€™d find in silent movies. This song introduces us to Nicholas Foster and plays out a story, at this point itâ€™s almost like a musical, the chorus for this song is as any other, but the whole thing passes on as if it were taken straight out of a musical. There can be nothing taken away from the achievement of this album, completely experimental, it pulls all the punches and fits the bill. There are moments which are a little more mainstream and commercial, but all credit to the band, these arenâ€™t necessarily the high points of the most noteworthy moments of the album, everything pulls together and hits you in all the right places to make this whole album a gem, there isnâ€™t one single piece of filler. Itâ€™d be a shame if these were the only songs which people paid attention to, the whole album as a unit is amazing on its own, itâ€™s fair enough to take some songs out and listen repeatedly, but do this justice and listen all the way through and youâ€™ll enjoy it all the more.

Your track has been removed from promotion.

Your track has been successfully promoted on the Immitter.

Use the social buttons below to share your newly promoted track

You are about to remove your track from promotion! Are you sure?

You will loose the following benefits:

You are about to promote your track for $ 125 Credits to the promoted page.

You have insufficient credits to promote this track!

Buy credits in bundle and save on total.